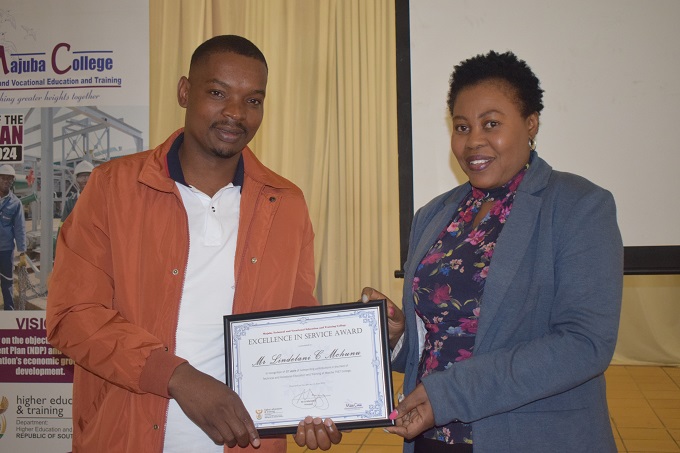 The College recently held surprise farewell functions for Mrs. Gezina De Jager and Mr. Lindelani Mchunu. Mrs. De Jager, Assistant Director: Finance and has been with the College for 19 years. Mr. Mchunu, Acting Assistant Director: Curriculum has been with the College for 10 years. They are being promoted to sister colleges in the TVET Sector. Mrs. De Jager becomes the Deputy Principal: Finance at South Cape TVET College, and Mr. Mchunu becomes the Campus Manager of Centech Campus at Ethekwini TVET College. 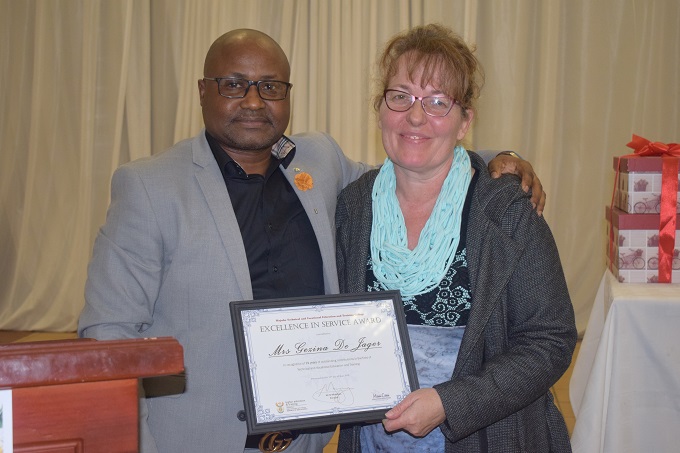 Senior Managers delivered motivational messages to inspire them and expressed immense gratitude for their efforts and the impact that they had on the College. Mr. S.J. Mlotshwa thanked the two colleagues for their sterling work in the departments they were leading, and wished them all the best. “I know you as winners and very dedicated to your work, so do not go there and be something else but the winners you were here at Majuba TVET College- go and make us proud,” Mr. Mlotshwa concluded. 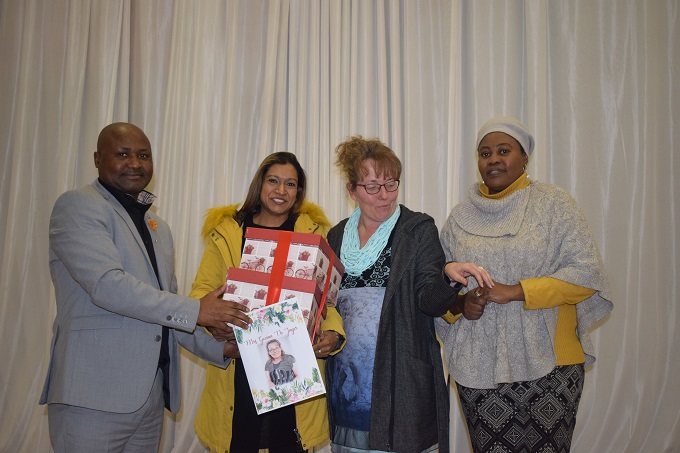 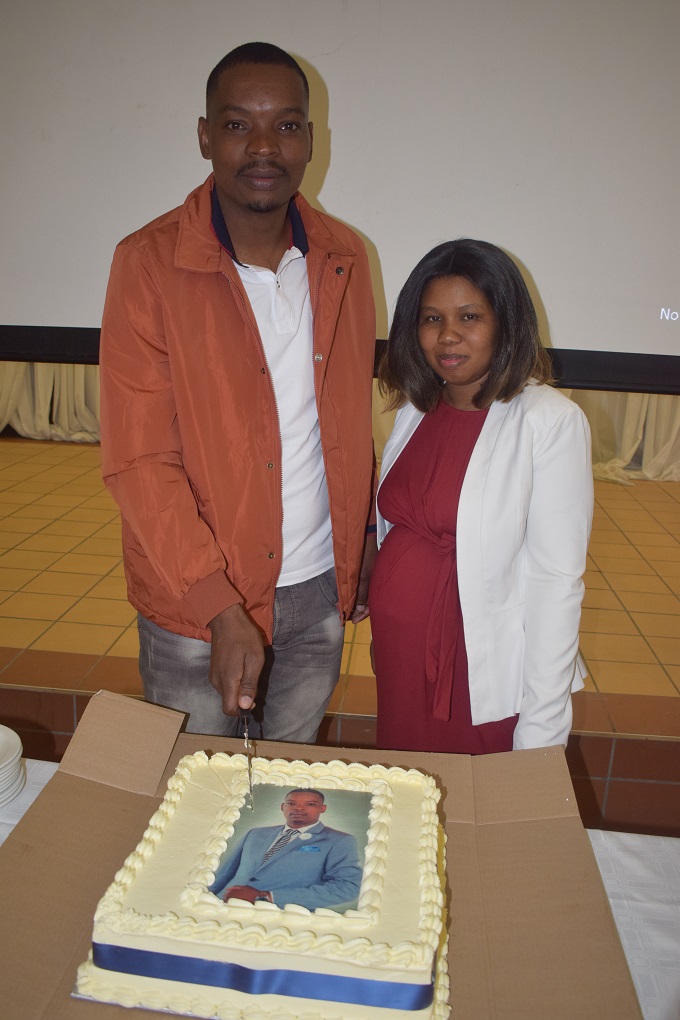 Mr. Lindela Mchunu cuts the cake together with his wife.

The College wishes both Mrs. De Jager and Mr. Mchunu all the best in their future endeavours and hope they become the shining stars they are meant to be.

Apply for a Leadership Programme funded by EDTPSETA – Dundee