June 16th is a public holiday in South Africa commemorating the start of the Soweto Riots of 1976, where approximately 700 youth (mostly school pupils) were shot and killed during a peaceful march. This significant day serves to remind South Africa of the importance of its youth and brings across the message that something like “the Soweto Riots” should never happen again. 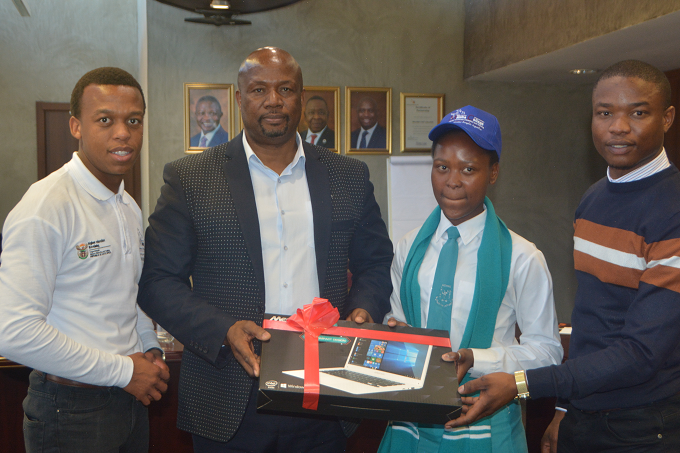 Majuba TVET College held a Youth Day 2019 Competition, which allowed schools to participate and share a part of their lives with us by sending us an essay which speaks about their role model and why they considered that specific person as a role model.

With much excitement a winner for the Youth Day school competition was chosen and the winner was Phumzile Shabalala from Mzamo High School.

Through her winning, this lucky school pupil gave 22 of her fellow classmates an opportunity to accompany her for an exclusive and informative tour at Majuba TVET College. The morning unravelled with the students who were accompanied by Mrs. M. Zulu (Head of Science Department – Mzamo High School) arriving at Majuba Central Office. With huge smiles across their faces and eagerness beaming in their eyes they were welcomed and met by Mr. P. Ntshangase (Deputy Principal: Innovations and Development) and the Marketing Department. Mr Ntshangase conveyed very inspiring and valuable advice in his presentation which captivated each and every one of these young learner’s attention. 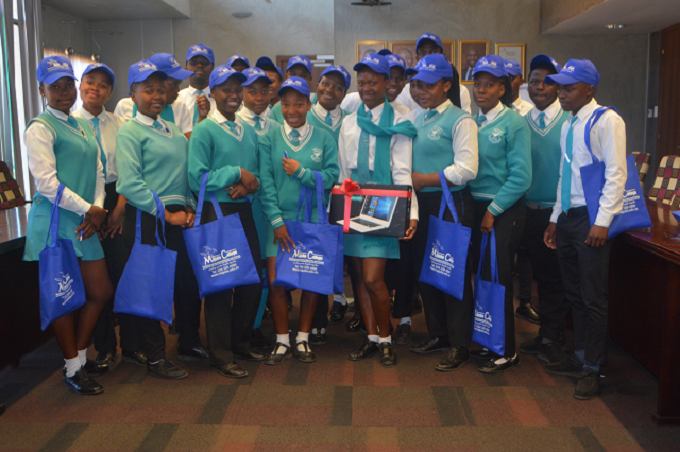 22 School learners from Mzamo High school who had the opportunity to accompany Phumzile for an exclusive and informative tour at Majuba TVET College.

Thereafter the students were taken to the Newcastle Training Centre where they were received and welcomed by Mr T.D Ngwenya (Campus Manager – NTC), Mr U. Lalthaparsad (Acting HOD: Electrical and Instrumentation), Mr M. Kamukapa (Acting HOD: Structural and Construction) and Mr S. Roderick (Acting HOD: Mechanical). The team arranged for a very exciting tour for the learners through the following workshops; Mechanical, Electrical, and Boilermaking. All the learners were so impressed by the tour as they witnessed equipment and infrastructure which fascinated their young minds, they were also able to ask questions which they did and this broadened their knowledge on Engineering as a whole. 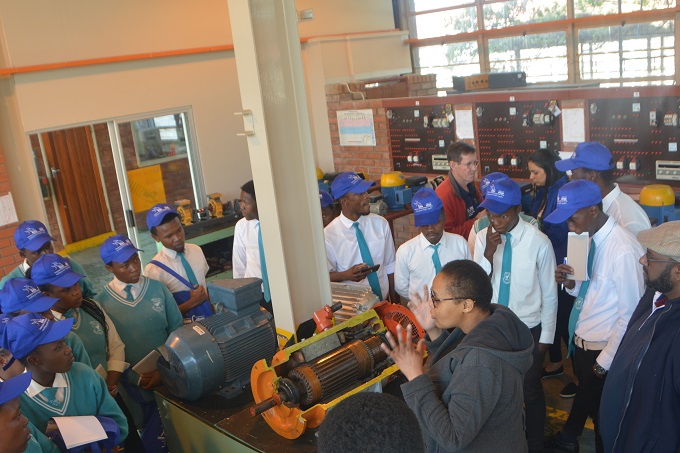 Exciting tours through the Electrical workshop had the learners impressed by the equipment and infrastructure.

“My uncle has inspired me as he is an Electrician, but today after visiting Majuba TVET college this has really opened my eyes and I am grateful I had the opportunity to tour these workshops, this has inspired me further to reach my goals of becoming a qualified Electrician. Thank you Majuba!!!” states Leburu Moses (Grade 12 Learner – Mzamo High School).

As this eventful day drew to an end, Phumzile Shabalala received her winning prize, a Mecer Laptop that she so anxiously awaited for which was followed by cheering, excitement and lots of gratitude.

Learners with disabilities spoilt on Mandela Day
Scroll to top