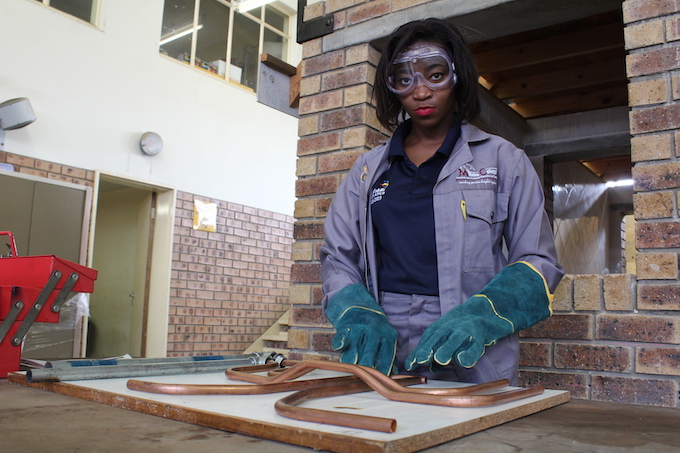 Nonkululeko Zungu (22), a plumbing student at Majuba Technology Centre, is not afraid to get her hands dirty on her way to completing her plumbing qualification. Zungu broke the mould and claimed the Number one title at the WorldSkills Provincial Competition in Plumbing, held in August last year, an achievement she is extremely proud of. To her, this proves female artisans are capable of taking their places in the field of plumbing. Her success at WorldSkills has paved the way for Zungu to compete at the WorldSkills South Africa National Competition to be held at the Durban International Convention Centre (ICC) from 23-25 February 2019. Her passion for pursuing a tertiary education in plumbing was sparked when she identified a country-wide scarcity for clean water.

“I’ve witnessed South African’s dire need for clean water. My goal is to develop a purification system that can alleviate this issue,” she explains. In a male dominated industry, Zungu says she’s not in the least intimidated by the opposite sex. “As a female, I gained much respect because of the field that I’m in and I want other females to know that the sky is the limit and you can do whatever you are passionate about.” Should Zungu win at the Nationals, she and other artisans in the various categories will represent South Africa at the WorldSkills International Competition in Kazan, Russia in August later this year. “I am nervous as I will be competing against students from around the country, but I’m also positive about my abilities,” says Zungu emphatically. 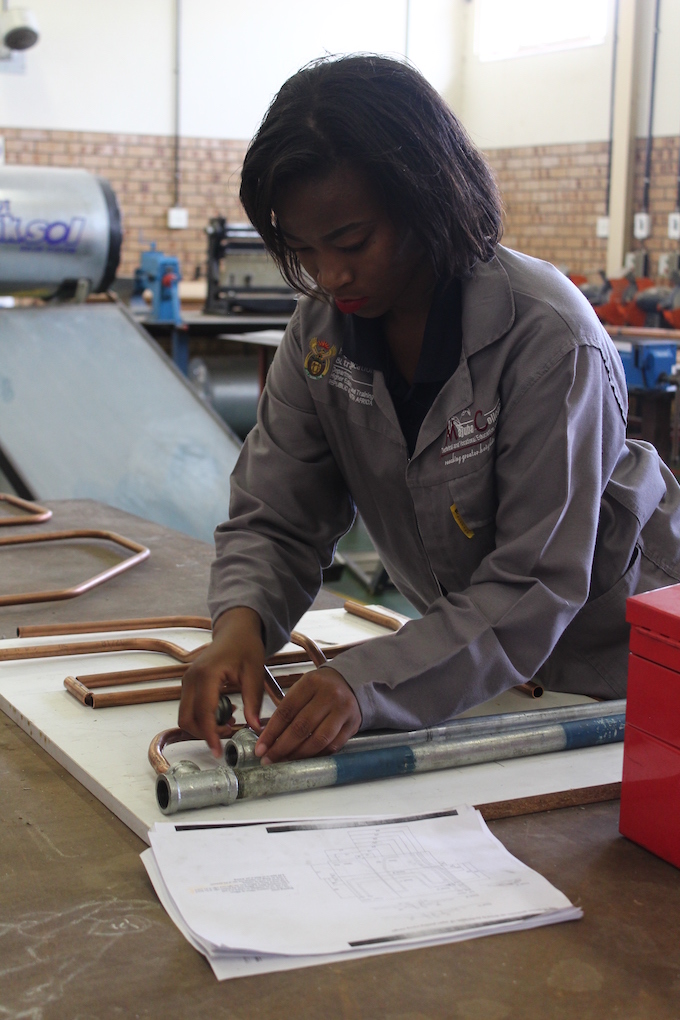 She has sought the assistance of Majuba Technology Centre plumbing expert Sanele Nkosi, in preparation for the National Competition. Speaking to Nkosi, he explains how he is preparing Zungu for the big day. “By using different examples from the internet, and not just college material helps the students gain experience. What I learned from the WorldSkills is the use of flexi pipe instead of copper and I am teaching Zungu how to bend, join and cut it.” Nkosi has set up a number of tasks for Zungu to practice and refine her skills. He adds there are more females looking for a career in plumbing, as it isn’t as physically demanding and says they adapt well to the course, material and requirements.

“I have confidence in Zungu’s ability and we will work hard together to achieve our best,” he concludes. 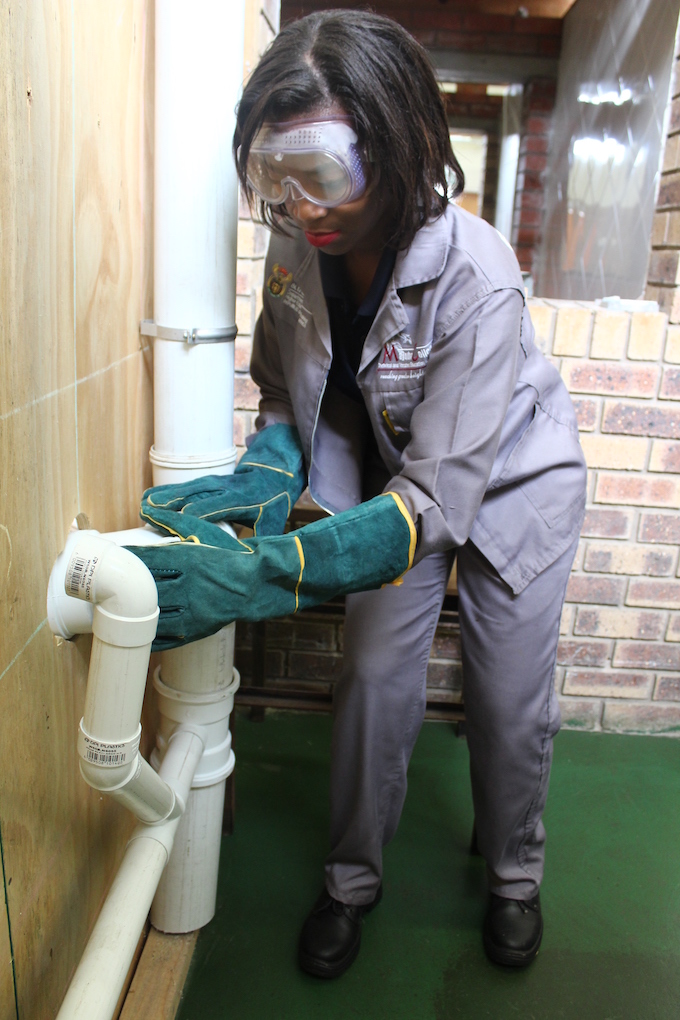