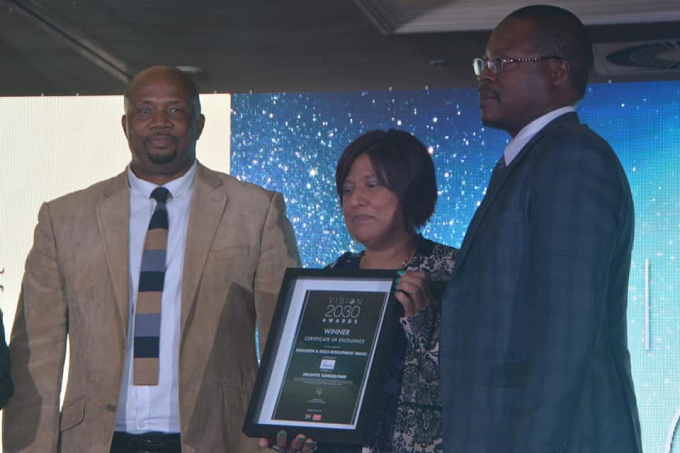 Majuba TVET College continues to commit itself towards contributing in achieving the goals of the National Development Plan (NDP) and boosting the country’s economic growth. Not only by words but by actions as the College participated in the NDP Vision 2030 Awards that were taking place at the Emperor’s Palace in Johannesburg recently, with more than 700 stakeholders from both Private and Public Sector.

The purpose of this prestigious event was to honour and celebrate the hard work of organisations, enterprises, and individuals who are playing key and leadership roles in recognising vision of the NDP to move the nation forward.

This initiative has provided the College with a good reputation and recognition as a leader in Education and Skills Development, therefore allowing great opportunity for networking and formation of new partnerships.