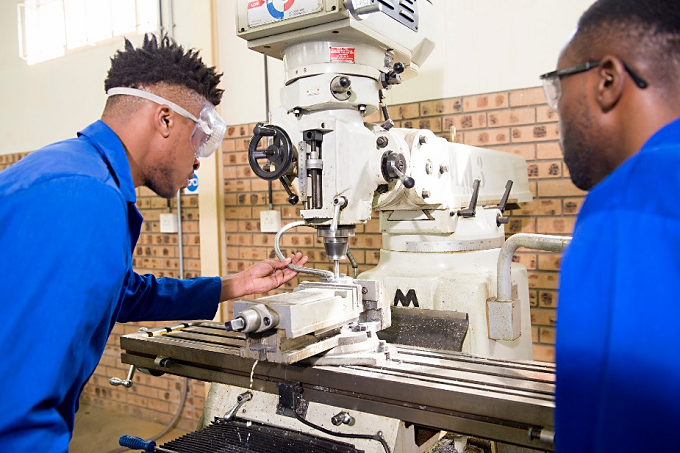 The year 2014-2024 has been declared as the “Decade of the Artisan” by the Ministry of the Department of Higher Education and Training (DHET).

The Decade of the Artisan came into existence as result of lack of qualified artisans in the country to sustain industries and support economic growth, which prompted the Ministry of the Department of Higher Education and Training to identify it as a priority area for skills development.

The Decade of the Artisan Campaign will be hosted by Majuba TVET College and is schedule to take place on the 20th of August 2019 at the Newcastle Training Centre and on 21st of August 2019 at Dundee Technology Centre. High schools, Industry and SETA’s have been invited to attend the valuable information sessions. These sessions will expose high school learners on some of the interesting activities that take place at the College’s engineering workshops; allow them to gather more information about Industry; give them information about funding available from SETAs for students; and will enable them to make an informed decision as to their future career choices.

Artisan month, also known as the Technical and Vocational Education and Training (TVET) College months, seeks to promote artisanship as a career of choice to South Africa’s youth within the post school education and training system as well as to highlight skills development opportunities that are available. During the month of August, all public TVET Colleges open doors to high school learners and unemployed youth to promote artisan training programmes and to entice learners on artisanship and expose them to activities that take place in engineering workshops.

Artisan skills are seen as one of the mechanisms that will ensure that the majority of citizen’s access economic opportunities in order to contribute meaningfully to the economy with the skills they possess. South Africa needs to produce mid-level skills that will contribute to the elevation of the economy from its current state and increase the number of citizens who work. It is for the above reasons that the National Development Plan has tasked the Department of Higher Education and Training (DHET) with the goal of producing 30 000 artisans by the year 2030. The DHET has taken this obligation a step further by placing an obligation on the country to produce not only 30 000 artisans, but 30 000 QUALITY artisans. The country achieved the highest number of artisans found competent in the 2016-2017 financial year at 21 188. They are currently on track to achieve the 2030 target but will need to ratchet up the production in the remaining years leading to 2030.

To achieve such a significant growth not only needs considerable investment and commitment by all artisan development role players with a special focus on workplaces in South Africa, but will also require sustained, committed and high profile political leadership.

Career guidance remains a key driver of initiatives, in partnership with industry, other government departments, SETAs and organized labour that will ensure that these goals stated above are realized.

NSFAS – Prevent fraudsters from accessing your allowance
Scroll to top