Notices
You are here: Home1 / Notices2 / News3 / A day in the life of Acting Deputy Principal: Corporate Services, Muzi... 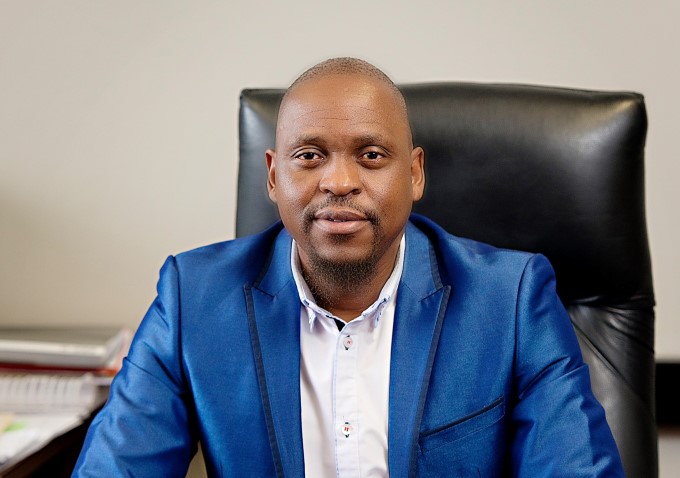 Muzi Ntshangase has recently taken up the position of Acting Deputy Pricipal: Corporate Services at Majuba TVET College, although his journey has not been an easy one, it is filled with experiences both personally and professionally. Where did it all begin for Ntshangase?

After graduating with a degree in mechanical engineering 1996, Ntshangase worked as an artisan at ISCOR (now known as ArcelorMittal), as a fitter. In 1998, he joined Majuba TVET College and lectured in the Mechanical and Engineering Science Division. He soon was seconded to St Oswald Campus, now known as the Information Technology and Business (ITB) Campus. “Due to the merger in 2001 I moved to New Tech College to continue with Lecturing in the Engineering Department, as the business side was conducted at St Oswald Campus.” Ntshangase climbed the ranks at an optimal rate and was soon promoted to a post level two position as, senior lecturer in the Mechanical Engineering Division. “This coincided with my union activities, from 2005 to 2008. I was a staff representative on the College Council. In 2008, he was seconded to the union office and took up the position od a full-time shop steward while fulfilling his duties as a senior lecturer. He was moved to the position of a branch secretary, and ultimately became the regional secretary. His jurisdiction included: Mooi River, Bergville, Greytown, Msinga, Utrecht, Nquthu, Newcastle, Dundee, Volskrust and Memel. “I was in charge of more than 10 000 employee’s from2008 to 2015. “Ntshangase’s tenacity and passion for the industry propelled him into being appointed as a Campus Manager at the Centre for People Development (CPD) Campus in 2017.

In August 2018 Ntshangase took up the post of Acting Deputy Principal: Corporate Services at Majuba TVET College. How was the journey from where you started to your current position as Acting Deputy Principal been? “I’ve had mixed feelings in the sense that, I am happy with the development, but on the flip side the pace of the progress is not of a standard yet, to change the lives of the people.” Under the Corprate Services banner, departments such as, human resources, project management and asset management make up the corporate sphere. “This position is inspiring to me, because I get to engage with people. There I can judge whether we are upholding the mandate of the Government, that instructs us to change people’s lives and ensure the TVET sector becomes the hub of equipping people with skills in the industry.” Among Ntshangase’s many duties, he will also be part of policy making which will address challenges such as unemployment, poverty and inequality. “When identifying skill shortages, we are creating ways through Government to develop those already in the system. As we are moving into the Fourth Industrial Revolution, it is critical to look 10 years ahead and how we can take our country forward.”

Ntshangase’s key role entails ensuring the livelihood of the community of Newcastle improves. “As Corporate Services, we are the engine driver because our core function is education and training. For this to exist, we need to be the driving force behind it. Majuba TVET is number one in terms of placing students in the industry.” Muzi Ntshangase’s five to 10 year plan: I want to see Majuba TVET College the best in the country. By strengthening our IT infrastructure we will move towards the Fourth Industrial Revolution. We need departments to work hand-in-hand. Departments such as SAPS and Social Development should be visiting schools and colleges to conduct workshops to address social ills. The youth need to prioritise education. “They have an attitude that the country owes them, instead of them owing the country. I would like to see a policy in place that stipulates children that are of school-going age, must attend school and not sit on the streets. The youth need to take ownership and aim to complete their basic education and not be a burden to parents.” “This is a culture that we need to instil in the community; we cannot have people burning clinics because they don’t have water services. We are regressing as a country, because people believe everything should be provided by the Government. They are not asking themselves, ‘what can I do to change the situation’.” The chains of apartheid have been long broken and those of 30-years of age and younger should not use this as an excuse.